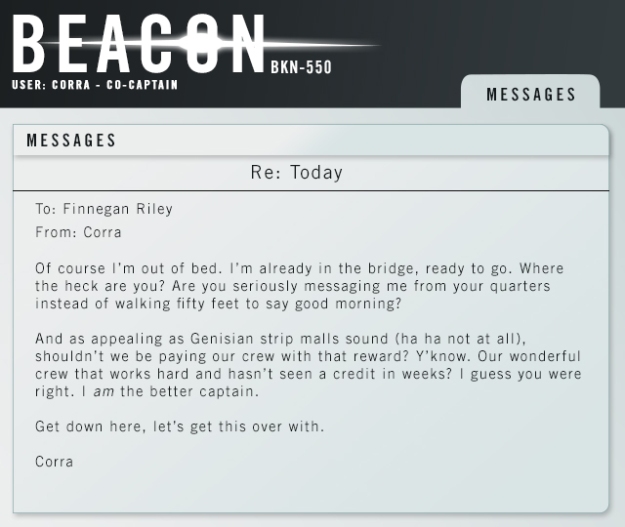 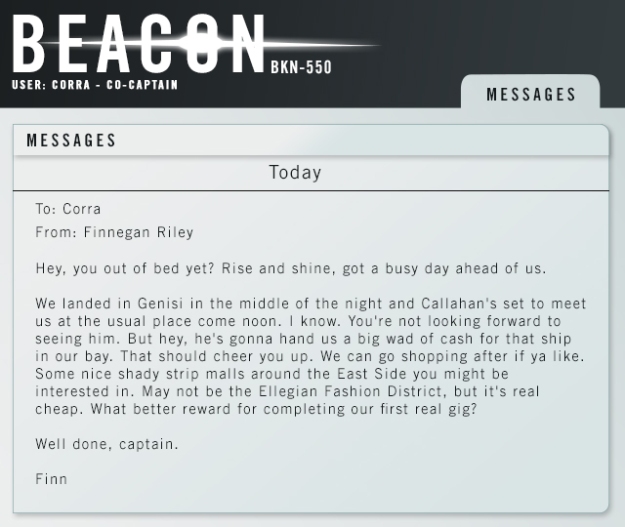 “–really great, don’t you think so?” was about all of Cyrus’ story that Corra heard. Guiltily, she lifted her head from where it had sunken into the mattress of her bed to stare at the console his voice was coming out of across the room. She had called Cyrus because she had been sure that her friend would be able to pull her out of this funk. And he had tried to do just that. Unfortunately, it hadn’t worked.

“Uhm…” she muttered, hesitant to admit that she’d dazed off into her own thoughts the moment he’d started talking.

Not that she needed to. Cyrus knew her far too well for that. “You weren’t listening were you?” She said nothing, which was as much of a confession as he needed. A groan came from the speakers. “I thought you’d like that story. It wasn’t even about ‘nerdy ship things’ as you always complain.”

“Yeah but it was about Addy and as adorable as you two and your budding admiration are, you’re basically ‘nerdy ship things’ embodied in two human forms,” Corra sighed, rolling over onto her back and stretching her arms out above her head. END_OF_DOCUMENT_TOKEN_TO_BE_REPLACED 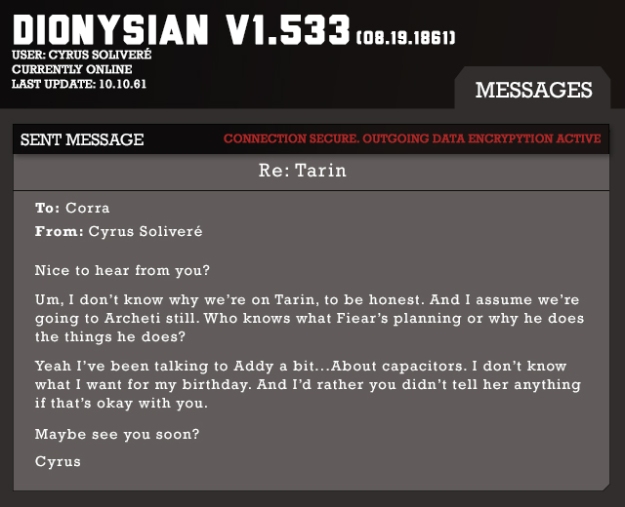 Help us spread the word! Leave a rating or review on Webfictionguide, give us a vote at Topwebfiction, share our page on Facebook or just tell your friends! Anything and everything counts!
Caelum Lex
Blog at WordPress.com.
Loading Comments...